So, for many users who upgraded from Windows 8.1 to 10, upon opening any image or store applications or just the store app itself, they are getting a File System Error (-1073545193). Running troubleshooting is of no help, as troubleshooter just don’t know what to fix in that. Also, the troubleshooter is not meant to fix File System Errors. Also, this error depicts that it’s a file system error yet, running File System scan (sfc / scannow) command in command prompt won’t fix it.

Let’s start with the basics:

This should fix the issue. If not, and you get an error like below, head over to Solution 2.

Since the problem is with Apps installed by Windows Store and Photos app [Filesystem error (-1058340861)] is also one of the apps from Store itself. That’s why you’re facing this trouble while opening images too. So, rather than I may advise you to re-install windows, give the following steps a last chance by removing all these modern apps and then re-installing again. This would provide all the proper permissions and resources required by apps to work seamlessly. So let’s start by removing Windows Store apps first and the Store itself too: 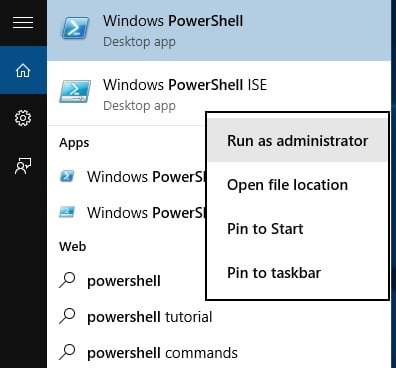 Or if you want to remove applications from all users, you can use the following command:

Now, again, PowerShell as administrator. And type in following command. This command would restore Windows Store and all bundled apps, which usually come with Windows 10 by default. Other apps other than bundled apps would have to be re-installed manually via Windows Store by you. So, here’s the command to restore bundled apps and Windows Store itself:

Just in case, if you get an access denied error, then you might have to take full ownership of WindowsApps folder located at the following path:

After taking full permissions, you can repeat the above command in PowerShell to fix File System Error 1073545193 error on your computer.