Windows 10 might be the first version of Windows, which changed altogether how you may use your computer or How Microsoft has the power now to control things inside your computer. While Microsoft is pushing hard Windows 10 upgrade to users worldwide for free, just because this operating system would be pitched later on as a service rather than a stand-alone software product. But even “Free” has a “Fee” word hidden inside it. So, my dear friend, nothing is “Free”; instead, Microsoft in Windows 10 changed their End User License Agreement (EULA), which allows Microsoft to remotely disable or delete Pirated Games and Pirated Software’s form your computer.

Do you know why Microsoft doesn’t allow stopping automatic updates in Windows 10? It’s just because that could hamper the way Windows 10 is designed. Now Windows 10 has the power of checking automatically the version of your software and download updates for them or even making configuration changes without requiring any user intervention. And these configuration changes can include preventing you from accessing some services, playing counterfeit games, and also using unauthorized hardware peripheral devices. 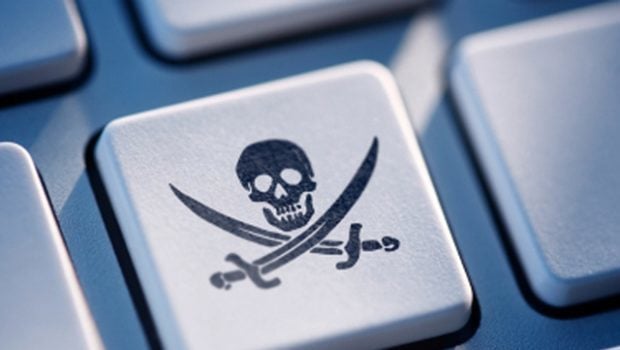 Now such reasons make sense when Microsoft offered Windows 10 as an upgrade to users who’re already using pirated copies of Windows 7 or Windows 8. Those people can upgrade their computer to Windows 10, too; the only difference is that the OS shall keep reminding the users that it’s not a genuine copy. However, there won’t be any difference in the functionality of the operating system.

How Shall Microsoft Find If I Am Using a Pirated Game or Software?

While Microsoft has not made it clear yet, how they’re going to determine if you’re running a pirated software or game? Although another worth noting point is if Microsoft shall publicly tell users how they’re going to determine, probable users, shall find a crack to stop Microsoft from doing any intervention in their computers. However, it won’t be difficult for Microsoft to check if you’re accessing the services of Steam through illegal ways or probably using a pirated anti-virus copy. Might be many keygens that would see their end in making changes in System files of the operating system to crack the software.

Also, Microsoft would monitor what type of Hardware you’re using. Although it’s difficult to say How that would benefit Microsoft in any way, for one thing, I am sure that this game is going to be interesting, and there’s a lot more to come and discover in Windows 10. Another notable point is when Microsoft has started, will Apple join the league by updating the EULA with similar terms; however, Apple has no issues currently in running any pirated software on its desktop platform, i.e., OS X.

Has Time Arrived to Get Rid of Pirated Games?

Although Windows 10 is expanding across various types of devices like phones, tablets, notebooks, desktops, game consoles, wearables, and a lot more types, hence even if you’ve upgraded already to Windows 10 and has your software’s and games installed, there is yet a long time before Microsoft would start taking any action. Right now, Microsoft is more focused on fixing comparability issues of Windows 10 across the different types of hardware.

As per my belief, until Microsoft starts pitching Windows 10 services to users, there is no point in worrying about using any kind of Software or Games. We will update if we hear something from Microsoft regarding the deletion or disabling of Pirated Software’s or Games.